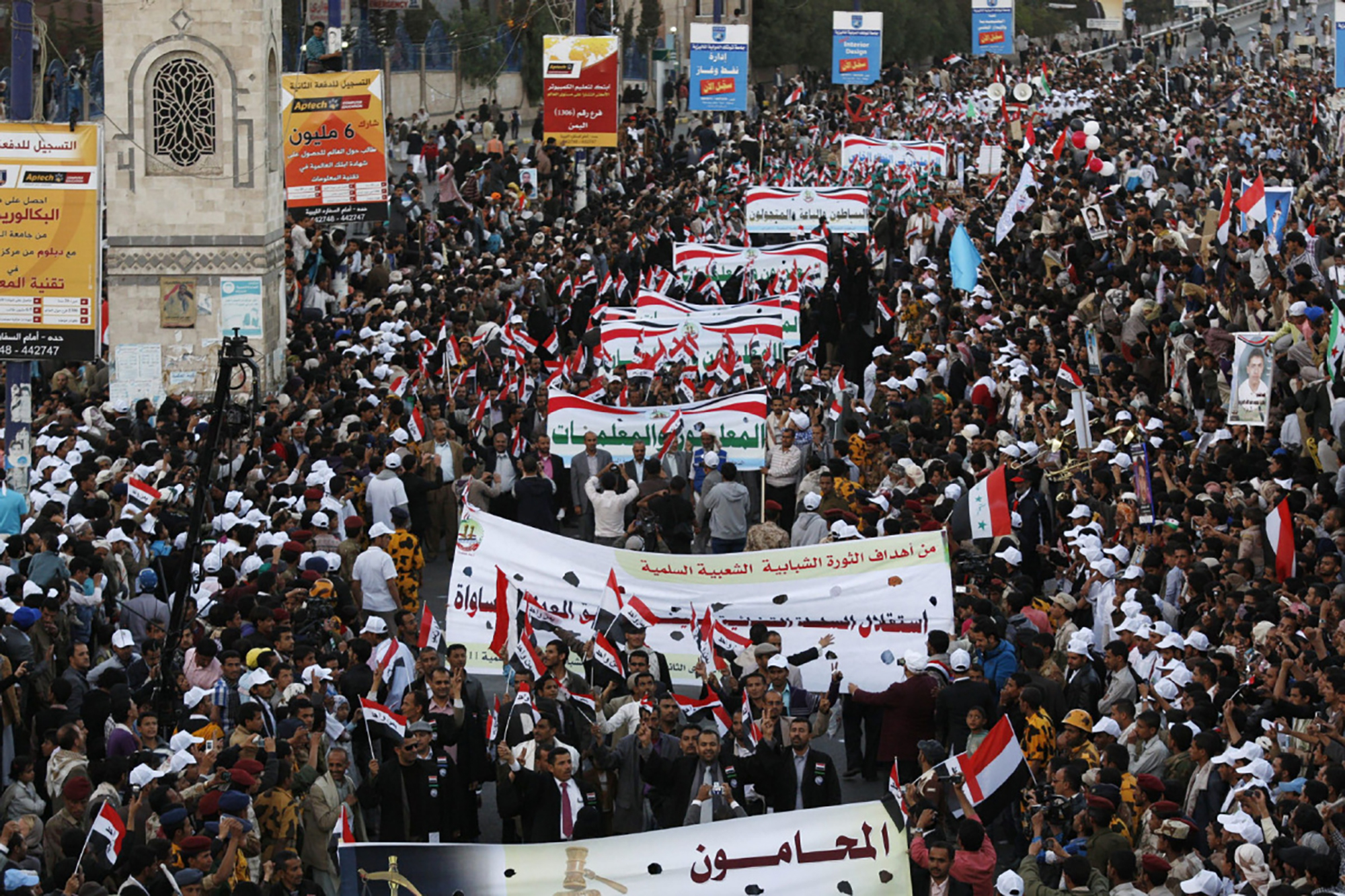 The question of politics has more or less become the question of what sort of Democracy should be instituted; or, what amounts to the same thing, which political system is the most Democratic. It has become an accepted fact that Democracy is the only politics which is acceptable. The only real instances of existing governments which are not Democratic still claim to be so–the very fact that they must make that transparent nominal act gives evidence to the power that Democracy carries with it. It is impossible to imagine a friend or peer claiming to not believe in Democracy (or at least democratic principles). To do so would be such a transgression that that person would automatically lose their place in their society. It is the taboo of taboos. Simply put, in Alain Badiou’s words, “It is forbidden, as it were, not to be a democrat.” (I have many misgivings with Badiou’s thought, and my critiques of his politics will hopefully be spelled out soon, but I have only respect for his courage in original thought). However, in order to find progress in any emancipatory (political) endeavor, we must be willing to question even the beneficence of Democracy itself.

So let us begin with an concrete instance of politics. Take, as an example, the recent uprisings in Tunisia, Egypt, and Algeria. Each of these uprisings had been celebrated as a moment of pure democratic being. The existence of a spontaneous public political act–an act which requires a being-together and creates a true sense of community– demonstrates the outer limit of everything Democracy can be. It is an instance of political activity which must arise outside of any political structure and, as such, represents the ideals of Democracy and acts as a glorious high point in the realm of (democratic) politics.

However, every uprising of this sort has always transitioned, shortly after, into an instance of dictatorship. Any contrarian thinking within the mob (which is, after all, the core of any uprising) is forbidden. All too often this is done through violence. But, even when it is not, the shouting of the mob drowns out any opinions which do not align with the general thinking. To quote Badiou again, “[…] on the question of mass democracy, it is impossible to distinguish democracy from dictatorship.” Once the public movement is instilled, it takes control and limits, to a great degree, the ability of any other ideas to be put forward. Consensus rules.

And this is the core of the matter: consensus. Within any movement or any government, consensus is absolutely necessary for the continuing existence of that movement or government. If the will of the public changes, whatever exists as a political entity will cease to exist. Moreover, voting–in which the majority has the ability to force laws on the minority–is merely institutionalized consensus. There are times, during segregation for example, in which Democracy enacts completely undemocratic situations. Desegregation was even passed only by governmental decree and in the face of much public disapproval. Had it been put up to a public vote, it seems reasonable that we would still live in a segregated nation. Further, if two thirds of the people decided that a certain group (be it Muslims, Hispanics, or whomever) should have no rights, they would have no rights.

Consensus is not a matter of free thinking. It is rather a form of control. The nature of consensus inherently contains the limiting of minority thought. Of course, one could object that in any true Democracy, no group of people would oppress any other because doing so would be undemocratic. On the same note, one could object that the pure form of democratic uprising is of an entirely different order than the dictatorial control of the mob. However, my fear is that this is untrue. If that is the case, democracy is not the “least bad alternative,” as so many have claimed, but it is simply the alternative in which the form of control is least apparent.

Looking at America today, one sees a political system in which advertising and marketing tricks are used to sway public opinion. Politicians and parties put in much effort to develop certain images. These images are not designed to give a concise portrayal of the ideas supported by the person or party, but rather to deceive the public into thinking the person or party is whatever the public wants. There is no effort to convince the public that this political entity is best, but only to capture support. This is a form of control, though not as direct as force, in which the public has their thoughts directed (or at least the attempt is made to direct them) via psychological techniques. Propaganda is not democratic. The democratic method of discourse is an honest one in which an argument is presented plainly, not masked in slogans and logos.

This form of Democracy, the American form, is incoherent. It is a Democracy which is not dedicated to democratic ideals. The question now becomes whether or not this is a cancerous growth upon Democracy or a predetermined form of Democracy which will always occur. This is not an easy question to answer, and it is one which I am still considering. However, it seems to me that any of the pure forms of Democracy discussed above require a certain kind of understanding between individuals–one in which any sort of government is unnecessary. Consensus becoming law institutes, and solidifies, any sort of prejudice of the people involved. As such, it makes law out of any dictatorial inclinations of a people. Therefore, it seems that Democracy is only coherent among organic communities which have an egalitarian view of one another. Democracy only exists in the uprising during the short moment in which the mob spontaneously comes together and before it fights back any other thoughts. Short of an organic community and outside of that moment, Democracy is undemocratic. It is simply an institution which makes a farce of democratic ideals by insidiously hiding its dictatorial nature in psychological coercion.

In order to progress in an emancipatory politics, we must shift our focus from the value of Democracy, a false idyll, and instead work towards a social theory which will make possible a Anarchist society.

←
A Simple Lesson of Humbert Humbert
→
A (Perceived) Lack