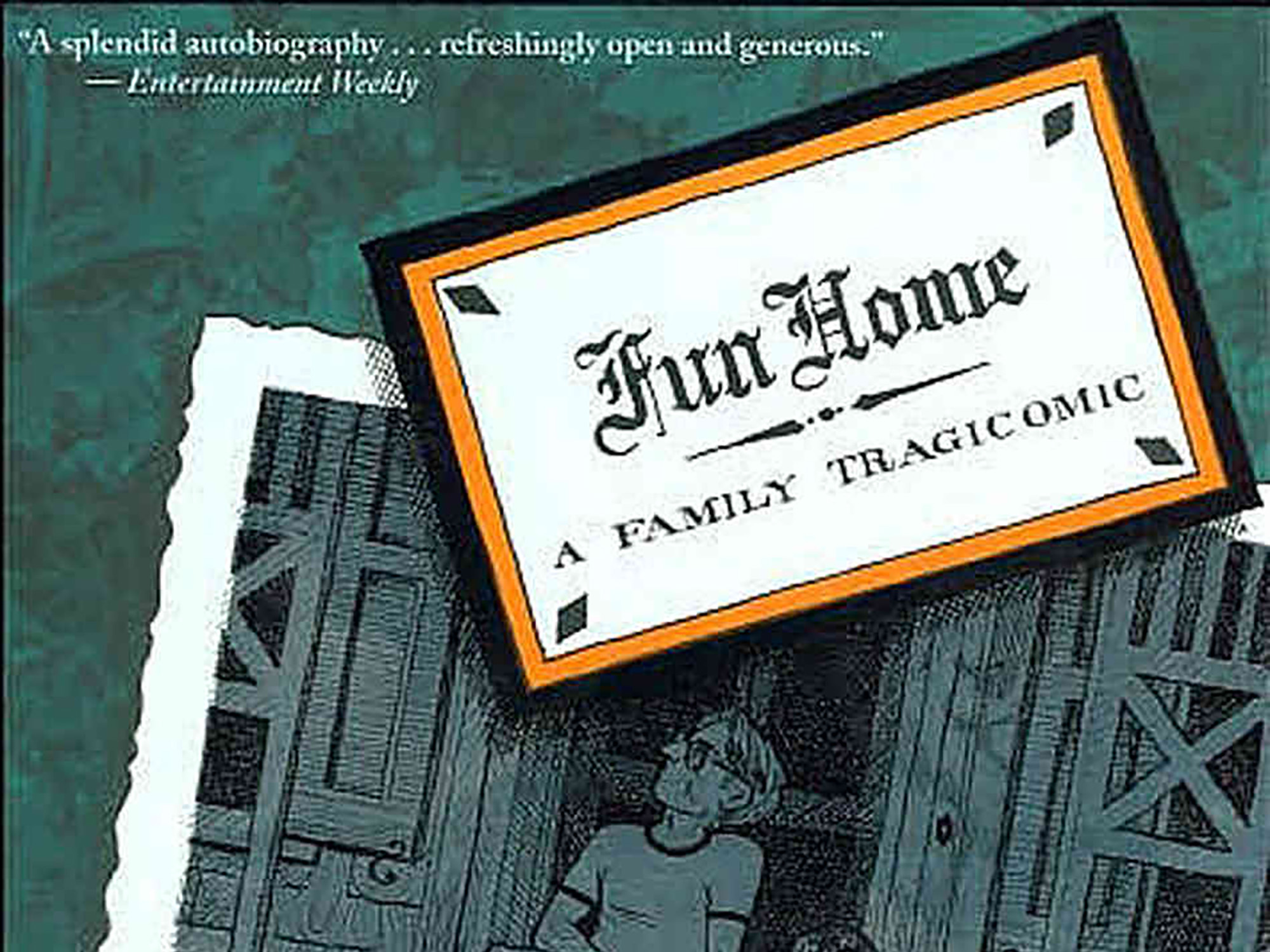 The Bounds of Reasonableness: Duke Students Refuse to See Depictions of Gay Sex

There’s a bit of a controversy (or maybe just an excuse for bloggers to complain about something) brewing in Durham over a (small) group of Duke University first-year students who refused to read their summer reading assignment, Alison Bechdel’s graphic memoir Fun Home.

One first-year, Brian Grasso, explained the reason for his refusal in The Washington Post. (Which, I have to say, is a hell of a way to start your college career.) His argument is that he finds visual depictions of sex—which are included in Fun Home—to be “immoral” according to his Christian beliefs. Many seem to assume it’s the fact that the sex in question is between two women that’s at the root of this immorality, but Grasso is explicit that he is “not opposed to reading memoirs written by LGBTQ individuals or stories containing suicide.” He goes on to say: “I’m not even opposed to reading Freud, Marx or Darwin. I know that I’ll have to grapple with ideas I don’t agree with, even ideas that I find immoral.” Essentially, he claims that this specific cultural object is one he refuses to engage with, because he finds specific facts about it to be immoral. Thus, he leaves open the possibility that he will be willing to “grapple” with ”immoral” ideas via other cultural objects—perhaps treatises on human sexuality (he did shout out Freud, after all), or sociological studies on the effect of same sex relationships, or something similar.

Leaving aside whether Grasso’s argument is just smoke and mirrors to mask a deep homophobia, and whether he actually would read Freud with an open mind, I’ll take him at his word so I can address what I find most interesting about this whole thing, which is not Grasso or the other first-years refusing to read Fun Home (which I find predictable, tiresome, and frankly ridiculous). Rather, I’m interested in the fact that much of the response from academic-types has been to highlight the fact that college is meant to challenge your ideas and beliefs, and thus students like Grasso should test their boundaries by reading works they find immoral.

I find that response to be disingenuous. The problem with Grasso and the other abstainers is not that they refuse to be challenged on their ideas, it’s that things that shouldn’t challenge them do. Said otherwise: the problem isn’t that he won’t challenge his ideas of immorality, it’s what he finds immoral in the first place.

A comparison to a different cultural object is enlightening. In particular, consider an art exhibit that caused some controversy a few years ago, in which artist Guillermo Vargas chained up a dog without food and water as part of an installation. Assume that the dog was truly starved (which, for what it’s worth, Vargas seemed to want people to think, but the gallery’s director claimed was not the case). Such an exhibit could very well be enlightening; it certainly would be a challenge to my beliefs about how to treat other living things. But it would also be an exhibit I would refuse to engage with, because it is an exhibit that extends beyond the bounds of things I can have a reasonable discussion about. It’s an object that inspires modes of communication other than conversation (say, protest or sabotage).

The point is that “challenging your ideas” is not good for all things. Some ideas, some beliefs, are foundational to the practices and interactions that make up our moral lives, and as such cannot be “challenged” in certain ways, if at all, because doing so would collapse the ways we interact with the world at large. I take it that Grasso’s claim is something like that: visual depictions of sex are outside the bounds of what challenges he can endure while still comporting himself as the person he is.

If that’s the case, then telling him that his ideas should be challenged mistakes the argument he’s making—and obscures the fact that everyone, as individuals, as well as the classroom, as a space for discussion, have their own bounds of reasonableness that can’t be challenged under the guise of “testing your beliefs.”

This doesn’t make Grasso’s argument any better, of course. It’s still ridiculous. It just specifies exactly what’s ridiculous: it’s not that there’s a point at which he can’t accept a challenge to his beliefs, it’s that this is the point at which he can’t accept a challenge. His moral life is situated in a way that closes off conversation with a large portion of his society, and the value system he operates on is a repressive one that denies human sexuality in problematic ways.

I’m not entirely sure why I find this point necessary to make, but part of the motivation certainly comes from the way in which academia falsely portrays itself as a space of totally open inquiry when (1) it’s not, because it’s built upon certain values it protects at all costs, and, (2) it shouldn’t be, because the moral life of humans requires the creation of certain foundational values that gives us a place to start from, and convincing ourselves that we haven’t done that is blinding ourselves to the nature of those value systems.

In one sense, it is true that admitting the contingent nature of human morality does (and should) open up the space to debate our values. But it doesn’t mean any challenge to those values is good, which is exactly what many of the responses to Grasso imply.

←
White Silence Is Tragic Silence
→
Branding the Commons: An Addendum