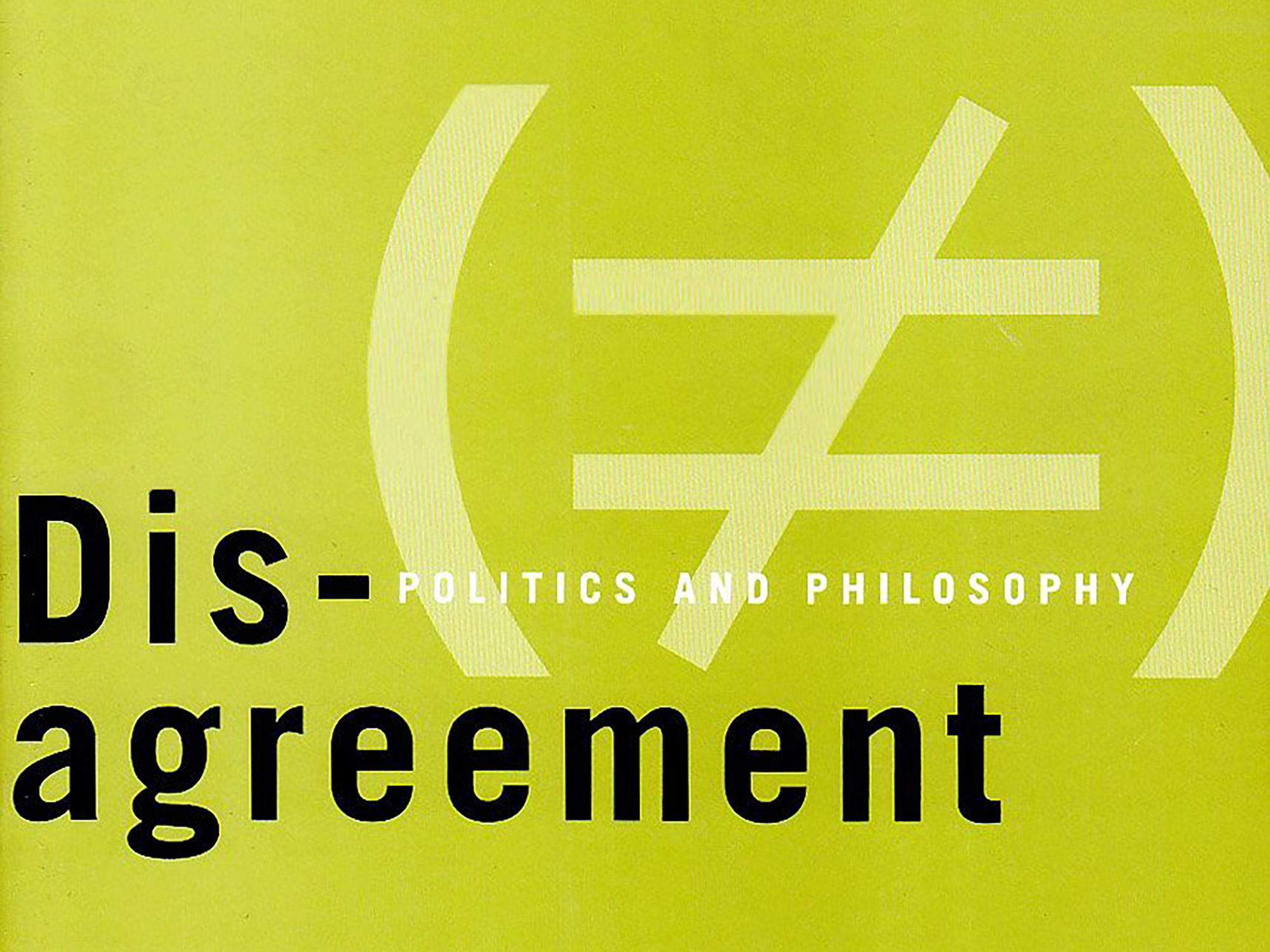 To Speak of Race in America

Aristotle makes a distinction between speech, that uniquely human capacity for reasonable communication, and mere voice, the bleating and crying even animals can use to indicate pain and pleasure.

Jacques Ranicére relates a story of a Scythian slave revolt: slaves took their masters’ place when the masters left for war and claimed equality with them when they returned. The masters did not think the slaves capable of reason—that is, of speech. But the masters could not explain this fact to the slaves, because to do so they would have been required to speak with the slaves, thereby undercutting their own position. So they turned to the whip. Had they not, had they acknowledged the slaves’ keening for equality as something more than mere voice, there would have been a shift toward justice.

The events in Ferguson have made clear once again a wealth of injustices that America has banked on throughout its history—injustices that are clear if only we would look, or even just listen to those suffering them. Just as the slaves walked and spoke in ancient Eurasia without being seen as human, so do black people exist in America, their humanity denied as something lesser, lower, something with only voice. And as a result, we cannot speak with each other.

Twitter timelines fill with calls from white citizens calling racism and hatred on people of color expressing their sorrow, their pain, their resilience or their lack of hope. Articles, blog posts, thinkpieces: they say that there is race-baiting, or reverse-racism, or, yes, an injustice, but not one that justifies rioting and looting and and all those terse words. They call forth quotes from long-dead leaders, nevermind that we killed them. They replace #blacklivesmatter with #alllivesmatter because, they say, this is not about race.

We hear you, they say, thinking that they don’t like that tone of voice.

In all of this, what black people are saying, the content in their speech, is ignored or trivialized. Even when it is “supported,” it is kept at a distance, explained as one explains their pet’s state of mind: that bark, you see, that means that he doesn’t like they way you’re treating him. He says black lives matter, but he means all lives matter.

Those black writers and activists you see on Twitter? No, they just tweet. That’s all. They don’t do anything. And they’re crass and rude. They don’t know what they’re saying.

In the midst of all this, white people go to marches and rallies and try to do the right things, to be respectful and show solidarity and not take center stage, to not claim they know more than they do. And still their words say the wrong thing. They mean more than they can control.

To think someone a slave, to deny them speech is to reduce everything they say to something less, to a mere expression of voice that shows base desires or emotions, something that doesn’t deserve to be taken seriously. And to not take it seriously is to not see what is serious in it. Conversation is lost, the chance at dialogue closed. But it works in reverse just as well: can slaves hear the speech the masters give? Or just the inhuman cruelty that has denied the slaves a fully human existence? Every word the master says is either more or less than human, weighted with the history of genocide and chains.

Wittgenstein pins meaning to forms of life, to the shared ways we live with others. It can seem that they are built on nothing, mere houses of cards lost to the slightest of winds. But at most times what is surprising is how easy it is to be understood: to see happiness in someone a world away, to connect over prosaic fears and habits.

But here, here in America in the field of race, our words are not rooted in airs, not in ideals or dreams, but in the long, brutal history of racist oppression. When Ta-Nehisi Coates gives the short version of that history in The Atlantic, when we get even a glimpse of the centuries that give weight to our words and structure our forms of life, we can begin to see why we cannot begin to speak of race in America.

It is because we do not share forms of life. When black Americans speak to the fear they have of police, the looks they receive in stores, the hopelessness they feel, the challenges they face as a result of nothing more than who they are, white Americans, backed by 150 years of denying their past, hear nothing but bleating. And when white Americans say “I’m sorry” and “I feel so bad” because they see a glimpse of what they’ve inherited, what they’ve perpetuated, black Americans can hear only the speech being denied in their own voices.

We, we white Americans, must learn to speak, and we must learn to listen. We must recognize our past and take responsibility for it so that our words don’t have to. We must speak of our plantations not as weekend getaways and wedding venues, but as sites of oppression. We must begin to change our forms of life.

The oppressed’s humanity must be acknowledged, whether by force or fate, but the oppressors must earn it from their cruelty. And then we can begin to speak to one another.

←
There Is No "They"
→
Free Criminals, Good Business